A downloadable project for Windows, macOS, Linux, and Android

Enjoy the summer of childhood even more by doubling the amount of Moments available in Step 1!  This is an optional DLC for the free game Our Life: Beginnings & Always.

To use these files you'll need to have the free base version of Our Life. It can be download HERE.

After that, the build you already had will now include all the extra content this DLC gives.

Download the .apk file and install it to your device. It will update your current game version to have all the new info. Or, if you haven't downloaded Our Life before, the complete game (with DLC included) will be installed.  The file size is large, but only the files you don't already have will be kept. It won't double the amount of memory used if you already have the game installed.

In order to download this project you must purchase it at or above the minimum price of $3.99 USD. You will get access to the following files:

So this is my first time downloading dlc's to a game and I don't seem to understand the instructions properly. I'm using a iMac mid 2007 (i'm really not that good with computer things

Nvm I got it now after a few hours lol

I'm glad it worked out! Let me know if there's anything else you need help with.

I have a little problem with the voiced names in the latest version for android. I deleted the old game version from my phone and installed the updated base + dlc files (the voiced ones), and now not a single name is working. I can select and use them but they're no longer voiced.

Everything else works fine though. I'm really happy to finally see those cut-in cg's with mc. So cute!

For the person who asked and then deleted while I was typing:

I'm not a native English speaker nor am I any good at explaining but I'll try.

You can download all the files, base + dlc 1 & 2 or you can only download dlc 1 and 2 because the dlc files also include the base game. The latter is easier.

If you instal both dlc files and you already have the base game installed, the file will only install the dlc. It will say also update instead. It won't increase the size of the game (So it won't go from 591 mb to 1.1 gb or something)

Thank you for letting us know. We'll try to see why they aren't playing. I'm glad you like the new cut-ins!

So I've already bought both DLCs, but I need to download them again, how do I do that?

You can go to your game library, find Our Life DLCs, and redownload the files there!

So i just got the step one dlc and i'm having some trouble trying to figure out how to put it in the game. i have a pc. could someone help me?

i was able to do it lmao nvm

I'm having a really difficult time trying to download and put it in the game, is there anyway you could release a video tutorial about how to download it onto mc?

I'm not sure exactly what the issue is, but here's a video tutorial on how to generally install third party games on modern Macs-

If you only need help with the DLC part, you just extract the files and put them in the folder following this path-

Hi I need help downloading the DLC part and I'm sorry for bothering you but that photo still doesn't make sense to me. I have a 2018 Mac and maybe that's the difference but is there any video you could show me or something? Sorry for not understanding well.

I'm sorry, I don't have a video for this. What part do you need help with? Were you able to properly extract the files and you don't know how to open the right folder or do you not have the file opened in the first place?

It is! You can get the full game here-

These events are just an extra bonus.

I have questions about the dlcs in android version... If I download both dlcs and install it with the original game, will both appear in game or one will substitute the other? I didn't buy the dlc yet, but I'm gonna, that's why I'm asking since I can't play in a computer.

I'm sorry I missed this sooner! Normally it should all get saved into one file and be playable with everything in it after all three are installed. Though in rare cases we have heard of the DLCs replacing each other instead of being combined. We haven't figured out why yet.

I have that problem, that they replace each other and I dunno why.  When there is a solution, will you post it anywhere for us to find? Thank you very much!

I'm sorry you're having that problem. We'll definitely make a post when we've got that issue figured out. Right now we're still trying to come up with a solution.

I love this game cant wait for the new dlcs coming out.

I don't really understand this

My DLCs disappeared. Do I have to buy them again?

You don't have, they can always be redownloaded from Itch for free ^^. What happened could be that your virus scanner though the files were suspicious and removed them. That's happened to a few people before. Maybe try turning that offer temporarily or seeing if you can mark the files as trustworthy.

If I download the game + DLC on the itch app do I still have to do any folder moving / copy + pasting? (Just asking because I haven't bought or played the game yet, I just want the DLC to be already there when I start playing lol)

I think downloading through the Itch app may not work for the DLC. It'd be best to download the game and DLC packs directly from their pages. Though either way the files will have to be moved to the proper place.

Thanks for the response! Playing now and everything seems to be working :)

Hello, I could not find the folders "autorun" and "game" on my Mac and so I could not paste the DLC's (I already downloaded the game). Can someone help me ? Thank you very much ! :( 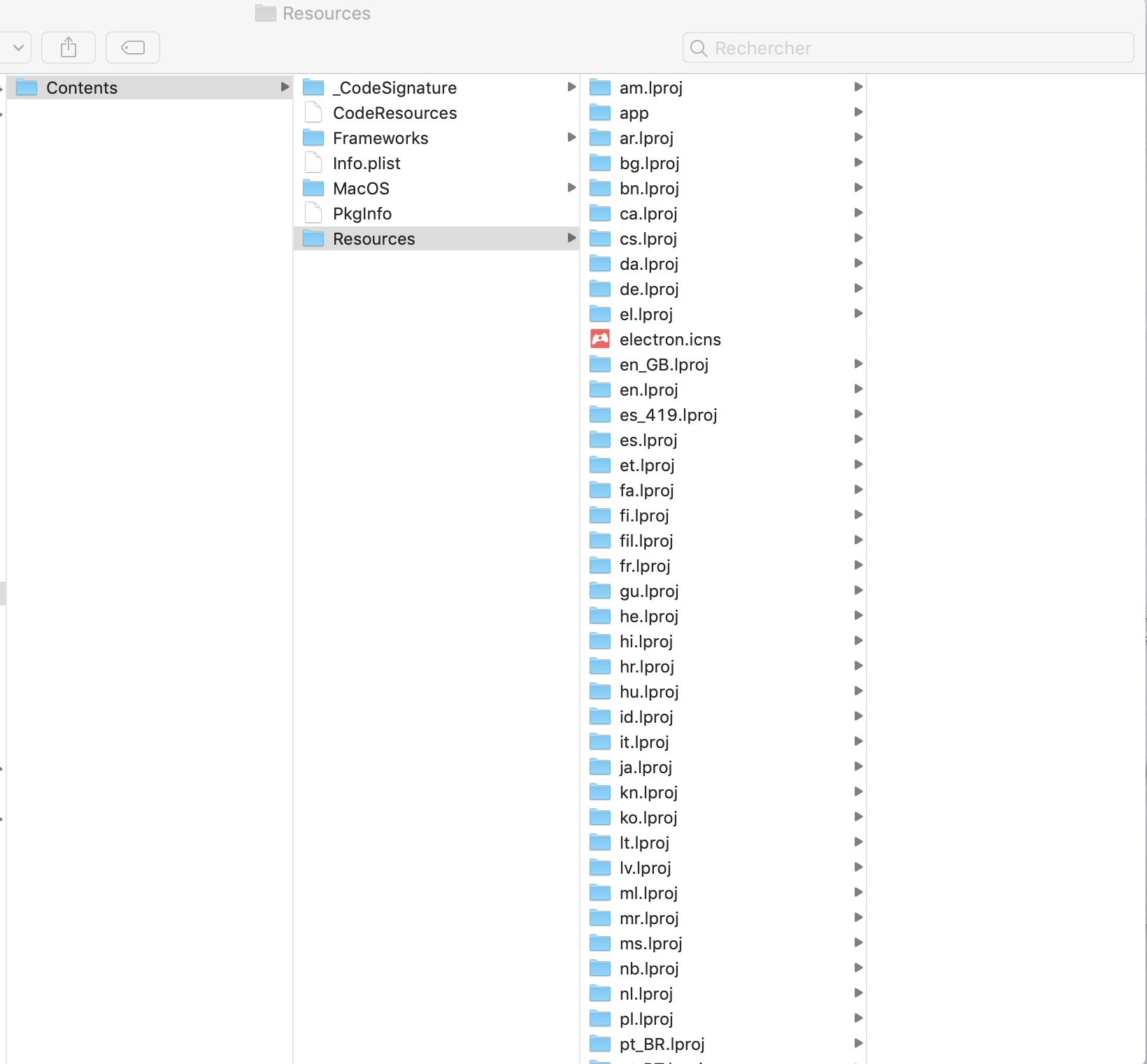 I am having the same issue, any word on a fix for this?

Can you let me know what type of Mac you're using? I haven't seen that set up before. Also, the folder is like still in there, just in a different spot. So it might work if you use the search bar on the folder to look for "game" or "OurLife" to see if your computer will be able to locate where it is in the resources folder.

I have the Macbook Pro 2019, I already tried the search bar and found nothing. Also, I searched in all the folders after the "show package content" (of the itch app) and didn't find anything. Thanks for the response !

Oh, if you used the itch app that might change how things go, since the file is part of the app and not totally separate. Do you think you could try downloading the base game straight from its page rather than through the Itch app?

I tried and it works ! Thank you so much I'm so happy !

Try to right click the stack books thing? that says the title of the game and then click 7-zip then "export to
Our Life" then the export process will be done, then you'll see the folder of the game when u click it i think you'll see the icon. Im not sure tho but im trying the best i can tell you!

Hello! Just finished playing the game! It was so much fun! I  can't wait for the next Part!! So excited!!

I'm so glad you enjoyed it :D

For me the DLC is not working!! i'm trying putting the dlc things in the game folder but i keep on going back to the game and its not showing up. AM i supposed to put it into another file IN the game file??

Actaually i figured it out haha. I was just being stupid lol 😅

I'm happy it worked out for you ^^

Once I downloaded the DLCs only part 2 DLC showed up. I tried downloading part 1 again but then part 2 DLC was gone.  What's happening?

Are you on Android? On Mac and PC you keep every file, on Android the download replaces the prior download and that's normal. Inside the download all the files get compiled together into the most recent build. So even if the other versions are gone, all the data is in the one file you do have left.

It is Android. And I got it figured out. I made a save on the memories page using the one that worked. Then downloaded the other and now both are on there.  Thank you. This game is everything I was hoping and more.

I'm glad it worked out and that you like the game <3!

The instructions are a bit unclear could you be more specific or include a video? I've reached to the page with the memories but my DLC's aren't unlocked so I'm a bit confused.

yes, especially for Mac please ! I can't find the folder..

Here's a screenshot of all the folders you need to open and where you put the files. Start things off by right clicking the button that launches the Our Life game and choose "Show package contents". Then open all these folders and at the end once you've opened the "game" folder, you put the folder you extracted from the DLC in there. Make sure you extracted the DLC files and that they're not still in a zipped folder. I hope that helps!

so is our hand still not added to the firefly scene? I checked and it wasn't

It's not, sorry. All those CGs will be added once each of the Cove DLC Moments are done. Currently the Step 3 DLC Moments are still in-progress and we don't want to make the screen/programming until the actual events have been set.

but that's in part 1 fireflies?

Yeah, however we have to make an entirely new screen on the character creation section and a bunch of new programming flags. It has to work in all three Step and with all three images that use the "showing MC" element.

you had a picture of it a little while back, just our hand

Many of the art assets are done, so a lot of progress has been made. But the picture was just showing what it would look like. All the programming framework that will let you actually customize the hand as part of the game isn't done. 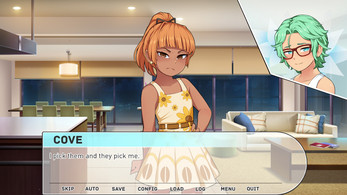 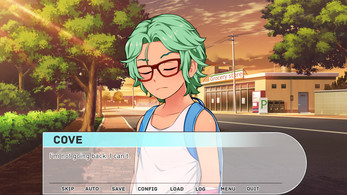 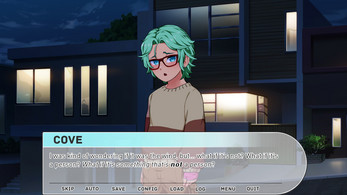 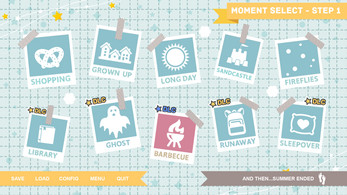 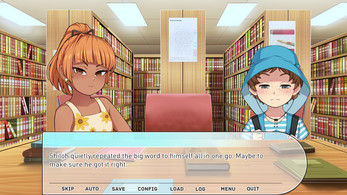 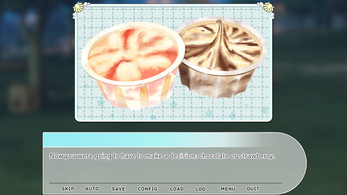 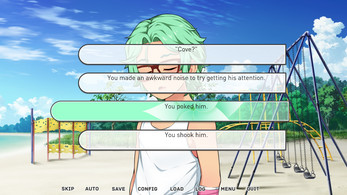 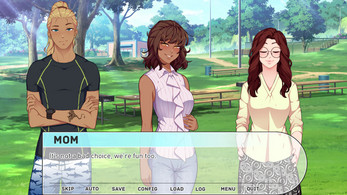 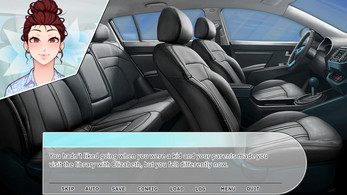