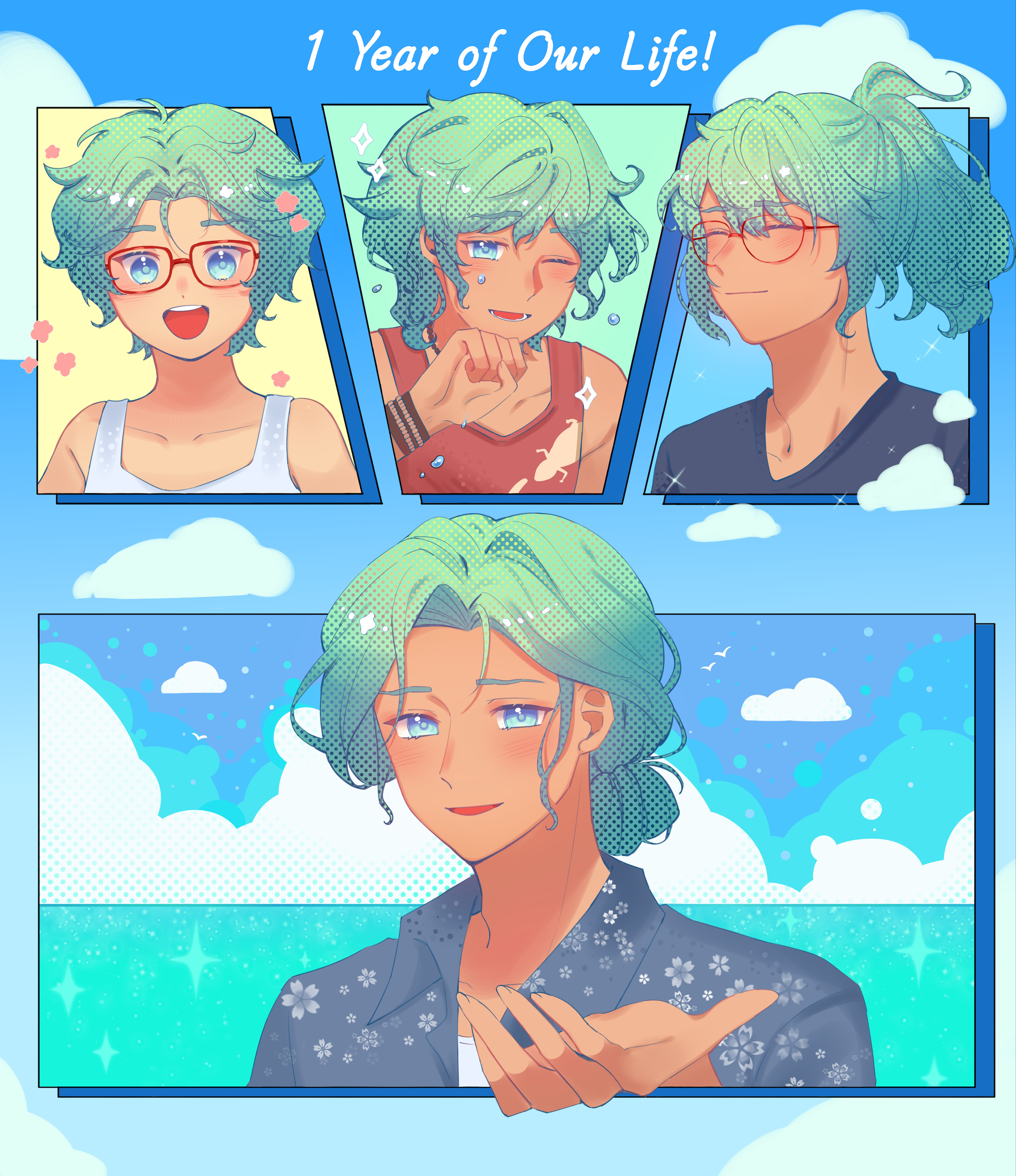 It's really been a full year since Our Life: Beginnings & Always launched. I've had a long time to write a message for this occasion, but I'm doing it not many hours before it has to go up, aha. I could never figure out exactly what to say. A lot of Our Life itself came about the same way. I had things I knew I wanted to express and it was hard to know how, so I just started writing what I could and would see what happened.

When developing the project, I wasn't confident that Our Life would mean what it did for me to anyone else. But over this past year the story reached so many more people than I ever would've thought, and it was an experience that meant something to a lot them.

I'll always appreciate that we were given the support to release Our Life on a scale that let the concept of growing up together and being yourself shine the way I hoped it would.

Thank you to everyone who gave it a chance. Our Life wouldn't be what it is without its players and I'm so glad for that. And thanks Cove, for being such a great guy to send out the message that people are valuable just for being who they are.

But of course, it's not over yet! There are still the extra DLC scenes coming, and the voiced name collection for Step 4 is being compiled for release soon. We'll keep doing our best here at GB Patch for as many more years as we can 💕

I know I really am late on this but Happy Anniversary!! Thank you so much for giving us the joy that is Cove Holden and the wonderful world they inhabit, even though I felt sad to watch it end in the end it was wonderful to have experienced it than to never experience it at all! This was also the first virtual novel I have played properly and it was this game that made me branch out and look for more visual novels to enjoy. Thank you so much and looking forward to more of your future projects!!!

Happy Anniversary!!
This game is a literal comfort game for me, I never get tired of playing it, and the story and characters always put a smile on my face. Can't wait to see how your next projects turn out! Thank you so much for this incredible game!

Happy Anniversary. Thanks for such a great game. The writing is amazing!! <3

Looking froward to the DLCs and OurLife 2.

Happy Anniversary! The game definitely resonated with me on many levels and it was such a joy to be a part of watching GB grow! Despite college and the pandemic, coming back online to play this gem is what makes my day all better <3

Happy Anniversary! I found Our Life: around spring going into summer after a stressful school year and it really helped me, It's such a  fantastic game and Im so excited for the other DLCs, the upcoming game and to play it all over again!

Happy Anniversary!! I've been lucky enough to be around with the project since almost the beginning, and it's been such a pleasure to watch the project grow and take shape into its final form. I always feel super lucky to watch things I love, especially games, form and evolve through the development process from beginning to (almost) end. Thank you for such a wonderful and lovely story experience, it was so much fun getting to know Cove!

Happy happy days! Wish you all the best!

Happy Aniversary!! I already did it on Twitter but I cant get enough of this game!

happy anniversary to this beautiful game <3 whoever is reading this, I hope you have a good and happy day!! know that you're loved :D