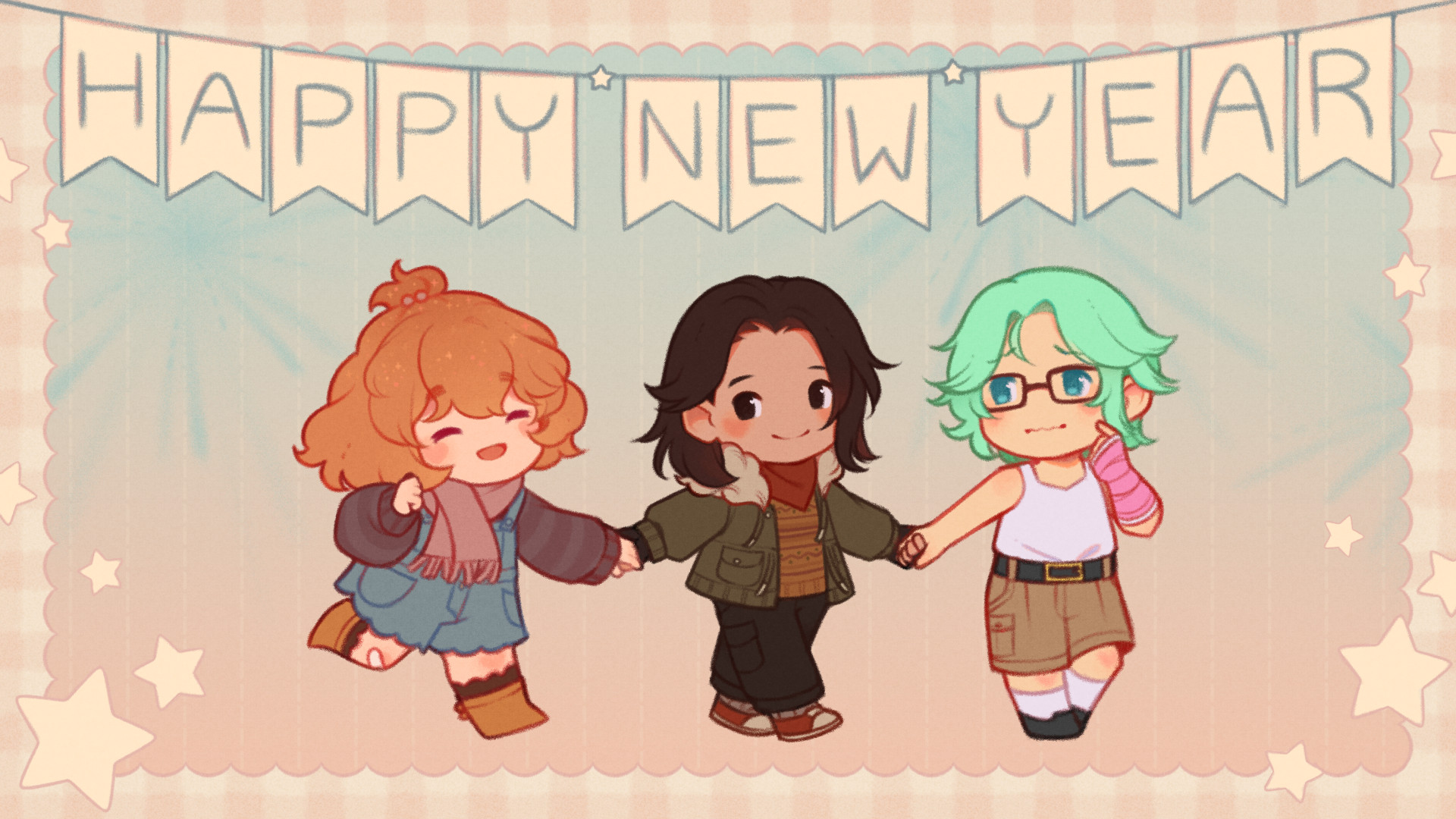 2021 was GB Patch’s most successful year by far and I want to seriously thank everyone for the support. Thanks to that we were able to expand each new part of Our Life: Beginnings & Always past what we had originally imagined, and we've been able to improve Our Life: Now & Forever in so many ways from the original since the very start of its development. All the backing and feedback and encouragement has truly made an impact on the Our Life series in the best way.

Over these past twelve months we've launched Step 3’s DLC, the Step 4 epilogue, and the Our Life Patreon bonus Moment. All together that was about 200,000 words of new OL content released to players. Plus, there are beta builds of the OL2 introduction scenes and the Cove Wedding DLC. Both are very nearly done, but just weren't able to officially be released in December. Instead, the Cove Wedding DLC and the Our Life: Now & Forever mini-demo will both be releasing publicly in January, 2022!

I can't say which will be coming first, but it won't be too much longer now. Making sure those go live is where all our efforts will be in these coming weeks. (You can gain access to the beta builds of those by joining our Patreon, if you don’t want to wait.)

Besides those announcements, I also want to share our overall plans/hopes for the coming year-

· Launch Our Life: Beginnings & Always on the Googleplay Store

· Have Our Life: Now & Forever become our main project in development

· Launch a crowdfunding campaign for Our Life: Now & Forever

It's hard to imagine but, unless something really bad happens, this is going to be the last year we're working on Our Life: Beginnings & Always. I originally started coming up with ideas for the game in 2016, and after so many years the end is coming up on the horizon. It's bittersweet to say goodbye, however I am excited to be able to put my full focus into OL2. The two new leads are just lovely.

Thanks for a wonderful year everyone, here's to another 🥺️💞

I can't wait for the cove wedding and dlc's, and the new game. I know it's gonna be awesome. <3

ahhh reading this made me sad, it's bad we'll have to say goodbye to the cove, but I'm looking forward to what's to come, and I'll definitely look forward to dlc and our life:now and forever, even if it will be a mini-demo. happy new year, thank you so much for all your work, you guys are awesome <3

Happy new year! I'm so excited for all the interesting, cute, heart-warming stuff you are going to create! Wish you all possible luck and inspiration!

Happy new year! Thank you for all your hard work, I'm so excited for the DLC and OL2

istg im too addicted to yall's games. you better believe that I'm downloading that DLC and new game as soon as they come out-

Ahhh im so excited!! you guys are awesome <33

Happy new year, you guys are amazing, thank you so much, and stay safe :)

I am so excited for this, it will be incredible.

I cannot wait for all of this! Thank you for all your hard work and I hope you have a great new year!

Happy new year!! thank you so much for your hard work <33

Thank you for your work and happy and productive new year!

Your game looks good and i like your art style . 👏👏👏

And i wish you luck.

Happy New Year!! thank you so much for your hard work We appreciate it! Super Excited for what to come!!!

Happy New Years GBPatch! Super excited for everything to come :)

Happy new year <3 can't wait for the wedding of the century!!

THANK YOU FOR YOUR AMAZING WORK <3

Happy new year!! Thank you so much for such wonderful games <

happy new year!!! thank you for all of your hardworks! <3